(Rajkamal Chaudhary -born 1929, died 1967. He was one of the most significant poets of the 1960s. He was a prolific writer of short stories, novels and poetry in Maithili, Hindi and Bengali. Known for his rebellious writings, he stood out from his contemporaries. His poetry is rich in imagery and resounds with bold ideas. ) 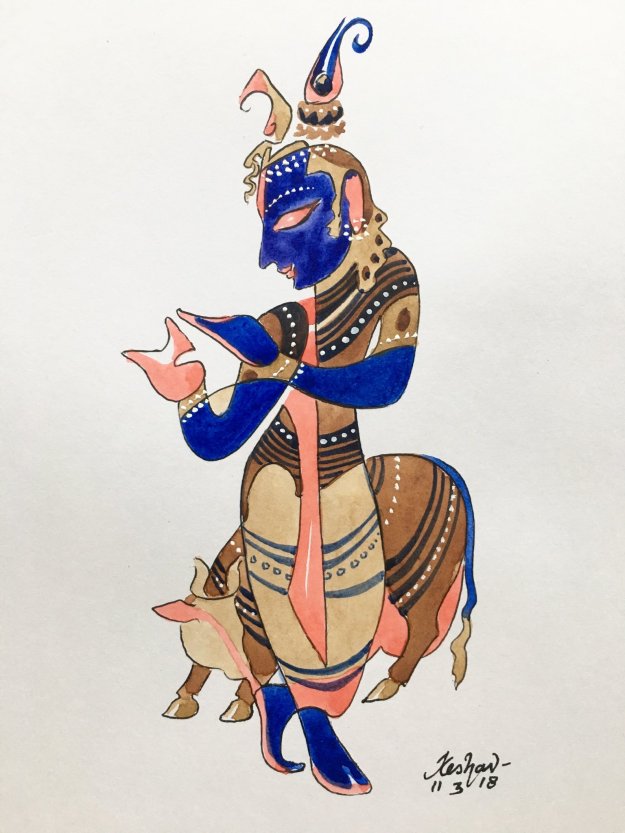 To the So-called Traditionalist

If I am laying new bricks for my grand house
Don’t be angry,
O my revered sir.
If I am looking for a new path in the darkness
Please don’t fear, not a bit.

We will not dislodge you
from your sexual pose on the corpse of poetry,
Will not stop you from singing
The sweet melodies in your soft, lilting voice set in mesmerizing tunes.

Our ancestor, Vidyapati – the Maithil nightingale,
Sang the sensuous song of bathing Gopis-
‘O Krishna, I put my long, wet hair to cover my opulent behind,
and then my eyes fell on the breast exposed,
what do I do?
I turn my back to you, my Lord!’

Please don’t hesitate,
Pull open the bodice of the poem,
Unfasten its skirt, don’t relent.
O great poet, live as you do, on poetic gatherings,
Accept my salutations from a distance, again and again.

Be the eulogy singer,
Sink and float, sink and float,
In the charming music of your words,
Leave the feelings, misery aside, don’t be shy.
Don’t ever yearn to dive
Into the interstices of society,
Nor swim in the unfathomed depth of the world and its people.
Don’t long to bring up the nectar pot of poetry from there,
Nor care to discover the Laxmi, Airavat, Dhanvantri.

For you poetry is but a luxury of the mind, joy of sex-
Sitting on the grand carriage of the wind,
Dark clouds have arrived
Dew drops tumble on the soft blade of grass,
The lotus has wilted,
Hail the spring! Hail the spring!
Salutation to the nature!
With these words of description,
Go ahead and do the last rites of poetry,
Who stops you? Who is bothered?

Your mind is carried away as if in drunken stupor
By the call of the cuckoos.
In the twentieth century age of machines,
Not the siren of the factory,
Not the iron helmet of the beautiful machine,
Not the deafening roar of the tractor,
Not the dispute of the labor with the master,
Not the wheat in the low price shop,
Not the starvation, drought, riot, demonstration and strike,
Your ears listen only the music – unending.
But who can interrupt you? Who is bothered?

Listen O’ poet laureate, the shade of the tradition is
Nothing but a tattered umbrella like a sieve
With thousands of holes in it,
It can’t protect you from the light beam of the new age.
Don’t think that the temple of literary creation
Is like the classroom in the school
Where everyone obeys what you say.

If you stay behind the times,
The world will take you for dead.
The new world will not be driven for a moment,
By the broken stick of the ancestors long departed.
They may brandish their baton alone,
but nobody will be hurt, absolutely none.

Will you remain entrapped
Looking at dark clouds as the tresses of an enchantress?
Or go plug the parched and broken face of earth with water?
Will you demolish the crumbling wall,
To make a grand house of your own
Or like a rabbit dig your grave with your own hands?

O the bard of the past, destroyer of the present,
The old rules,
Old tricks, rhythm, music, metre and tune
Old pace and note won’t work,
Not anymore. Not anymore.

Literature has embarked on a new journey
In harmony with the new age.
Poetry is no more the exploration,
Of the subtle variation of beauty and its shades,
Nor the expansive adulation of the body of the beloved.
Poetry is no more the upturned necklace,
Of the seductress in the sensuous act.
Poetry is the resounding cry of people,
The angry grunt of the proletariat.
It is the fiery proclamation of peoples victory cry.
O poet don’t be angry,
If you can’t let go the old peg, habits of the past,
If you can’t break free from your rotten chains,
You may continue wallowing in fragrant day dreams,
While we continue to burn in the smelly fire of the dark times.
You may build a bamboo hut high in the sky
Sit over it, sing your music, enjoy,
We are busy trying to stop the apocalypse on the earth.

And who told you we are one voice and alone
Who told you people are not with us?
Singing, entertaining the people,
Is not what poetry is.
Bound by the brick of rhythm and beat
It could be a well, maybe a pond, but river?
Never.

The frogs don’t drown in the river,
the dwarfs don’t touch the sky
Who will make you understand this?
Who can show you the way,
If you are blind despite your eyes?
Poetry is like the ball of cotton, keep thumping it
Others don’t have the time to thump so much.
Sing whatever strikes your mind,
Nobody has time spare to listen to it. 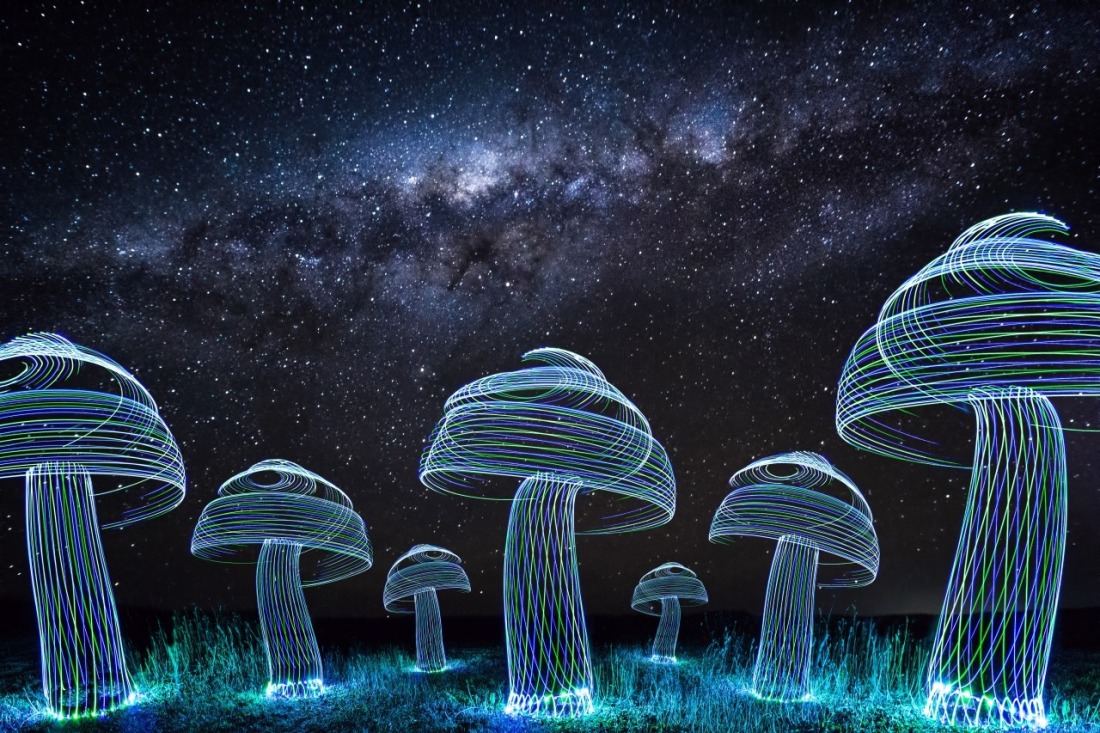 Demons and deities, devoid of conscience,
churn the ocean of milk,
Nachiketa continues to ask the Yama,
deep secrets of life and death.
Ashwatthama the elephant,
must die, even now,
to protect the truth and morality of Yudhishthira.
The ancient tale unfolds in the infinite forest,
but in the dark depths of our minds,
Draupadi is still unrobed,
And King Janamejaya performs the Nag-Yajna.

In the dark,
I stumble upon the fossilized corpses of the spectre of the past,
but I don’t see a known face,
who can tell me the path to the temple,
the golden throne of the formless god,
on which we offered the garland of light,
for the progeny of the man.
The infinite forest is rent asunder with
the cry of the dead whores,
a black and yellow vulture cries out my name,
smiles from the hollow of the dead cottonwood.

We the homeless and invincible,
Jump from branch to branch of the cottonwood
to avoid the rain, escape being struck by the thunderbolt,
playing hide and seek with death the whole night.
But the night never ends,
the nightingale never sings, in its highest note,
the song of the morning or the spring.

Our ancestors had seen the morning,
had sung the morning song,
became its rhythm to welcome the spring,
but today in the infinite forest,
ancestors have left us alone,
bereft of their inheritance, tradition and trust.
In the dark moon of the cremation  ground,
We, the helpless and uprooted,
Reject all that is past!

The unchanging reality of existence
is now only two fold,
that we are looking for the garland of light,
and in the unescapable company of the spectre of past,
we are alive in the infinite forest.

Nachiketa and Yama– The story of Nachiketa and the Yama is told in the Kathopadnishad, one of the ancient scriptural texts of Hinduism. The Upanishad carries the story of Nachiketa’s conversation with Yama, the god of death. Nachiketa asks some deep philosophical questions from Yama on the issue of life and death. (See http://www.speakingtree.in/blog/nachiketas-dialogue-with-lord-of-death)

Ashwatthama and Yudhishthir–  Both are characters from the epic Mahabharata. During the war, Yudhishthir, the eldest of the Pandavas, had to lie about the death of Ashwatthma who was the son of Dronacharya, the Guru of both Kauravas and Pandavas, fighting on the side of the Kauravas. Since, Yudhishthir was hallowed for piety and truthfulness. Hence an elephant named Ashwatthama was killed so that Yudhishthir was not proved to be lying in the battlefield. It is known as half-truth indulged in by Yudhishthir in the battle of Mahabharat.

Draupadi– A character from the epic Mahabharat. She was the wife of the five Pandavas. The Pandavas lost her in a deceitful game of dice to the Kauravas. The Kauravas disrobed her in the royal court to humiliate her.

Janamejaya and Nag Yajna– King Janamejaya was the son of King Parikshit who had become king after the Pandavas ascended to the heaven. Parikshit was cursed by the sage Sringin that he will die of snake bite as he had insulted his father by putting a dead snake around his neck. Hearing this, Parikshit gave up his throne to his son Janamejaya who decided to perform snake-sacrifice Yajna (Sarpa Yajna) in which all the snakes would be killed and thus his father would be saved. 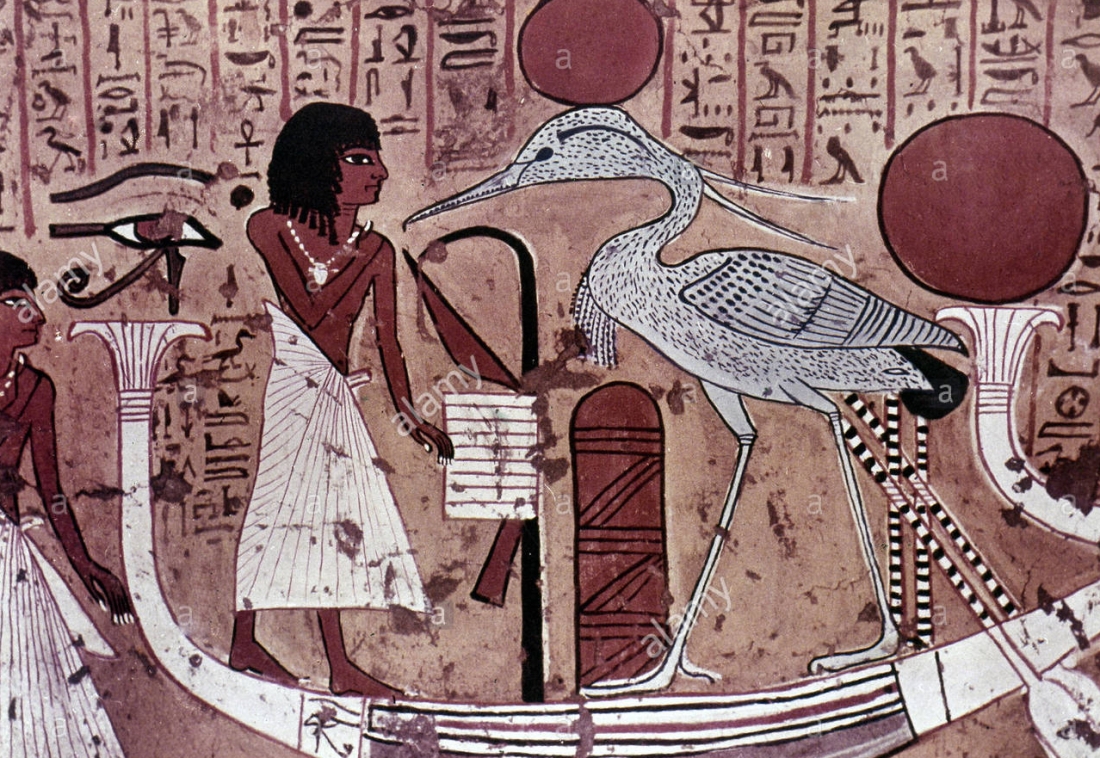 View all posts by Hyphen