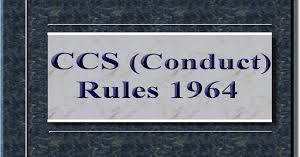 A big controversy erupted after Shah Faesal, the 2010 batch topper of IAS from Jammu and Kashmir Cadre tweeted about rising incidents of rape in India. Subsequently, a departmental enquiry has been ordered against him for violating the conduct rules for government servants. After the episode, Shah Faesal was castigated as the ‘rogue model’ from his earlier position as the ‘role model’ for the youth of J&K and the country. Except for sporadic support from some commentators, the predominant view, especially among the bureaucracy has been that this is a violation of the rules and unbecoming of a civil servant. However, it is nothing new. There are a number of officers, many of them remarkable for their professionalism and work who have been accused of violating the conduct rules with their writings. In the recent past officers like Basant Rath (IPS- J&K), Alex Paul Menon  (IAS- Chhattisgarh), to name a few, have to face disciplinary action for their writings and social media posts.

There are scores of other officers who have been transferred, posted to insignificant positions or faced various kinds of penal action for their writings on the social media. A few days back an officer of UP government working in the Labour department was suspended for criticizing the govt on Facebook.

Action against the government servant is initiated based on Civils Services Conduct Rule 1964 which says ‘that no government servant shall, among other things, make any statement of fact or opinion which has the effect of an adverse criticism of any current of recent policy or action of the central government or a state government’.

The Shah Faesal case has once again brought into sharp focus a number of issues relating to the right to freedom of expression of government servants. It is often argued that no organisation allows its employees to criticize it in public. It is indeed true that there are restrictions on employees of any organisation as far as criticism of that organisaiton is concerned. But there is a difference between any private organisation and the government organisation. It is fallacious to superimpose the values considered good and justified in a private organisation onto the government. Imagine, one is an employee of a telecom company. If he is not allowed to criticize the policies or practices of the telecom company for which he works, he can still express his views on all other subjects. But the ambit of the government is so overarching and all-encompassing that disallowing criticism of the government effectively means that one has to forego the right to freedom of expression completely. After all, there is hardly any area of activity in the country which is beyond the purview of government policy. Indeed, no citizen, whether he is a government servant or otherwise, can be deprived from holding and expressing views on issues that affect him as an individual. It is directly linked to a citizen’s right to life and liberty. The reasonable restrictions on freedom of expression can’t be so wide as to kill the freedom itself. The question really is what kind of reasonable restrictions need to be put on the category of citizens called ‘government servants’?

There is a also a view that legally it is not tenable to deny right to freedom of expression from the government servants. In a recent article in Wire  reference is made to two judgements of the Constitution bench of Supreme Court delivered in 1962 in which the court ruled that ‘merely because a person has entered government service, it does not mean they have surrendered those fundamental rights which are available to all citizens, and thus continues to enjoy the right to freedom of expression subject only to the categories of reasonable restrictions specified in the Constitution’.

It is pointed out that Article 33 of the constitution allows the government to keep out the Armed forces, forces charged with the maintenance of public order and persons involved in intelligence from the application of fundamental rights. Since the government servants are not included in this category, it is argued that their right to freedom of expression is not curtailed. It is quite possible and needs research to ascertain if the Conduct Rules have their origin in the colonial period and thus impose harsh and blanket restrictions on the government servant’s right to freedom of expression.

On a more general plane, it may be wrong to look at all criticism as harmful for the functioning and image of the government. History bears testimony to the fact that criticism of many of the existing provisions of law have been instrumental in taking the society and country forward towards improved governance and enhanced welfare of people. One can look at the debate around the Official Secrets Act leading to RTI Act, right to privacy and the ongoing case about Art 377 to appreciate that the criticism of the existing laws provides impetus towards change for the better. In fact balanced, fact based and well-intended criticism is the life blood of democracy and the governmental system also benefits from it. Debarring those who have a close understanding of the functioning of government and implementation of the policies including its lacunae, inherent biases and loopholes would deprive the system of an important input for improving the system of governance.

Technological growth has also added another dimension to the issue. More than five decades after these rules were framed, the explosion of social media and IT has thrown new issues that need to be analysed closely. How do we look at the way people interact on the social media such as Facebook, Whatsapp, Twitter etc? Sharing a post or an article on social media does not necessarily mean that one approves of it. There could be many reasons. For example I may share a post because I like its style of writing or its presentation or the images contained in it, even while I may not agree with its content. Is my Facebook post a public post if my setting allows it to be viewed by Friends only? Is Whatsapp a public forum where a government servant is prohibited from sharing his views or is it an extension of one’s private sphere? The more social media and IT penetrate our lives, fuzzier the boundaries between the personal and the public becomes. In such a scenario we need to rethink whether penalizing a government servant for what he posts on Social Media is quite right or justified.

The reality on the ground, though, is quite different. Large number of government employees are spewing venom on the social media without attracting any penal action. They may be actively promoting hatred between communities, supporting lynch mobs and trolls, running down the sacred values of Indian constitution yet no action is taken against them. But a more general criticism of some aspects of an issue that is of deep concern to everyone, including a government servant, as a citizen could be used to initiate action against them. At the ground level, implementation of the Conduct Rules on government servants is quite often biased and selective.

An overarching and all encompassing  restriction on the freedom of expression, allowing for just a small window of literary and artistic expression, of government servants needs to be reconsidered. In an age when society is moving towards becoming more transparent and free, it is difficult to justify depriving more than 2 crore people of the country, who serve as government servants at the centre, state or the PSU, from their fundamental rights to think and express themselves to live as full citizens and contribute to the making of a better society. The issue needs to be given a fresh look consistent with the changing needs of governance that requires a more open and forward looking approach rather than a closed and punitive framework of understanding about the government servant in the system.

One thought on “Conduct Rules, Freedom of Expression and the Government Servants”